Paving the Way to Success: Five Questions for the Clyde Companies

A Champion investor in EDCUtah, the Clyde Companies may be bigger and in more lines of business than you realize. We caught up with Brandon Henrie, president of Clyde’s GWC Capital division, to find out more and to talk about the future of the Point of the Mountain (and a certain gravel pit in that neighborhood).

Tell us about the history of Clyde Companies and where you are today?
‍W.W. Clyde started the business with his brothers in 1926. They were working in general construction, and they bid on a big civil job. They won the job and had to buy a bunch of equipment. The company took off from there, and they expanded to work on bridges, dams, big highway projects, and more. Today, our vision is to be the largest and best value provider of construction services and materials in the Intermountain West.

Since the beginning, our story has been one of vertical integration. A couple of examples…They felt they were paying too much for aggregates and ready mix concrete so they formed Geneva Rock in 1954. They felt the same about what they were spending on insurance, so they started Beehive Insurance in 1961. The company wanted to provide more land development services, so they started GWC Capital about six years ago. I should clarify that GWC is a horizontal developer, and our core competency is not building houses. We develop housing communities and turn them over to a home builder. [Editor’s note: For more see https://www.clydeinc.com/about/history/#]

Coupled with vertical integration, the company also has a strategy to expand geographically. We expanded to the St. George market some time ago, and two years ago we acquired Scott Contracting, which put us in the Denver market. We’ve also made several acquisitions in Boise. Most of our business remains in the Wasatch Front.

The Clyde Companies hit a big milestone last year and reached $1 billion in revenue. That’s five times the revenue of 20 years ago. Our largest business is Geneva Rock.

For the lay audience, what are aggregates?
‍By definition, aggregates are the sand, gravel, and related materials that go into making concrete, asphalt, road base, masonry, and more. It’s basically any type of composite stone.  Thanks to Lake Bonneville, the prehistoric predecessor to the Great Salt Lake, we have plenty of sand and gravel. However, what most people don’t know is that “all aggregates are not created equal.” Just because we have lots of “gravel” around doesn’t mean it can all be used to build our roads or make concrete. By scientific and industry standards, Geneva Rock’s Point of the Mountain sand and gravel operation has some of the best material in the world.

The “Pit” is a love/hate story with the local community, but the reality may be more complex. In your opinion, what are the trade-offs?
‍The biggest concern that we hear from the community focuses on pollution—specifically dust. We take that seriously and have invested in very powerful sprinkler and water cannon systems, water trucks and wagons, and grading equipment to mitigate dust in the area. People also don’t know that we capture and recycle 1.7 billion gallons of water at our zero-waste facility and our downhill conveyor belt generates its own electricity—enough to power 127 homes. We are an environmentally-conscious, technology-driven company.

The reality is that our state is growing fast. The next closest sand and gravel operation that we own that has the types and quality of aggregates we have at the Point of the Mountain is down at Pelican Point, on the south end of Saratoga Springs. To transport those aggregates to construction sites in the central and northern Wasatch Front would take hundreds or thousands more trucks travelling an extra 20 miles on the roads. The emissions and increased traffic would have substantially more impact on air quality than the dust we currently experience.

There’s a financial aspect as well. If you close the Draper operation, construction costs for concrete, gravel, and other roadway materials would go up 20 percent by our estimates. The costs would ultimately hit the taxpayer the hardest, but the general consumer would also be impacted as concrete prices would increase.

We’re looking at electrified vehicles, but the technology has to catch up with the market first. With that said, our mission is to build better communities. We want to be good stewards. When the technology matures, we’ll use it.

As far as our future plans, we want to reclaim and develop land that we’ve mined. As we’ve gained experience, we’ve learned to be very thoughtful and proactive about the reclamation and development process. We’ve already taken 55 acres of land on the south side of the Pit and brought it to a pre-construction state, ready for a developer to begin building houses. Lehi is planning to annex this property, which is going to be a transit-oriented site. As part of this project, we’re donating land for a TRAX station in Lehi, which should be online sometime in the 2023 to 2025 timeframe. This is an example of how we want to be part of the infrastructure solution to relieve road traffic.

As for the rest of the site, it is 1,000 or more acres—500 acres of which represent some of the most prime developable land in the Western U.S. The timeline will be staggered over a number of years, because there is still plenty of good aggregate material available there. Once we move ahead with reclamation and development, it will include low- and high-density housing and office space. It’s going to be a thoughtful development to support our state’s tech boom and work in concert with the prison site development. Ultimately, we anticipate two other commuter or light rail stops on the larger property in the future. In addition, the sand and gravel operation can accommodate a deep and expansive reservoir which can serve as a water conservation, storage and water sourcing source for local communities.

What should people know about Clyde Companies?
‍We’ve been a strong Utah family business for nearly a hundred years. We employ about 5,000 people with high-paying jobs. As an organization we deeply care about our people and about community. For example, our chairman and CEO, Wilford Clyde, served as mayor of Springville, and the company ownership in general have been great supporters of education. I’m proud to work for them. It’s a high integrity organization.

How have the Clyde Companies navigated COVID?
‍Honestly it will be a banner year in 2020. We anticipate unemployment will negatively impact the housing market, but the pipeline is really strong for the remainder of this year. We do anticipate a negative impact will occur in 2021, and we’ll do our best to isolate that impact.

The interesting thing from our standpoint—and a reason for optimism—is that there are still scars from the downturn of 2008-2010. There’s still a lot of money on the sidelines because of that downturn. We did anticipate prices this year would drop on land and materials, and they really haven’t. A lot of people are swooping in. The liquidity in the market is there. Its people saying, “The next time a downturn happens, we’re jumping in.”

The What and Why of DEI at Mortenson 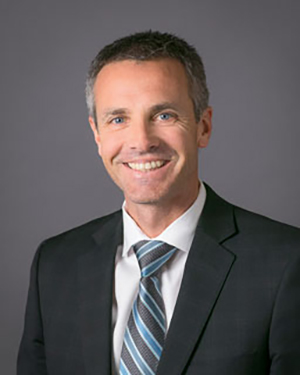 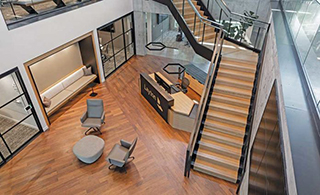